The press conference has begun the path towards the Mille Miglia race of 2013, an edition full of surprises. Officially announcing the news were Roberto Gaburri and Stefano Sacco, President and CEO of 1000 Miglia S.r.l. the company wholly owned by the Brescia Automobile Club, owner of the name and Freccia Rossa brand. Eleonora Vairano, director of ACI Brescia, also took part in the announcement.

President Gaburri explained the first major change, and the reasons behind the creation of the new company, 1000 Miglia S.r.l. “We created this company in virtue of one of the most basic
principles: no company in the world can give up the management of its most prized possession, what it holds most dear. We therefore have a CEO heading a highly professional staff, with the aim of averting a short-term vision that was rooted in the fact that the previous management lasted a short five years. The emergence of this new structure, Mille Miglia can finally work on medium and longterm plans that benefit not only the Mille Miglia event but also the city of Brescia”.
Stefano Sacco, communicating the spirit with which he presents this new adventure, cites the
words of Giannino Marzotto, “we expect to operate with the most advanced techniques and tools, without overlooking Mille Miglia’s great tradition, combining the highest professionalism with a romantic vision of that extraordinary epic”. These statements found immediate confirmation in the facts. “The race course for the next Mille Miglia race, along with all that regards The Red Arrow – Sacco continued – will be a mix of tradition and modernity. The recollection of the past is tied to our desire to pay homage to Giannino Marzotto, incorporating into the race the historical course that he triumphed on in ’50 and in ’53, creating a strong foundation into the present with this passage, and a strong symbolic meaning, hoping for a less catastrophic future in the areas that were hit by the earthquake on night of 19 May, only a few hours after the arrival of Mille Miglia.”
Registration opens on 15 October, but pre-registration is already available, starting today,
on our new website: www.1000miglia.it. This very site www.1000miglia.it will shortly become the home of enthusiasts and fans
with personalized information aimed at three different target groups. First are the gentlemen
drivers that have participated in Mille Miglia or wish to do so. Second are the largest group who are expert vintage car enthusiasts. Last but not least, the host of the general public who are fascinated by the lifestyle that makes Mille Miglia unique worldwide. Even the regulations will be slightly modified with practical measures to widen the number of models that could triumph, reducing the gap between the pre-war cars and those of the fifties, now denied access to the podium.

Sacco also announced an important and detailed promotional campaign based on a thorough
analysis of the popularity and awareness of the Mille Miglia event outside of Italy. This campaign focuses on that awareness: Mille Miglia will take part in two of the most important European car shows in automotive history: “The Italian Vintage Car and Motorbike Exhibition”, to be held in Padua from October 25th to the 28th and the “Techno Classica Essen”, to be held in Essen, Germany from April 10th to the 14th, 2013. In addition, the Red Arrow will return to what is now considered the most important modern automobile show, namely “The Geneva International Motor Show”.
The same attention paid to the international event will be given to the national event, through a
series of conferences as the date of the Mille Miglia approaches, and through the venue of December 20th at The Grand Theatre in Brescia. There will be a special gathering for an evening of entertainment, which will provide an occasion for Mille Miglia to greet Brescia, as it did in the past.
Eleonora Vairano, Director of The Brescia Automobile Club, reminded us of how many events
are actually run under the aegis of Freccia Rossa, thank to its extraordinary technical, cultural and historical level. These events take on a global relevance, and transcend the limits of sports, becoming socially and economically memorable moments. They involve millions of people and companies, which benefit from the Mille Miglia related activities, which, in spite of the crisis, seem to be in constantly increasing.
Vairano concluded: “The brand Mille Miglia belongs exclusively to the Automobile Club of
Brescia, and possesses a heritage that the Brescia Automobile Club must strive to preserve,
protecting every aspect of the tradition that has made Brescia the “City of Mille Miglia”.
Lastly, the dates to be marked on your calendar: Mille Miglia 2013 will start on Thursday, May
16th, from Viale Venezia in Brescia, just as it did back in 1927. The arrival, according to tradition, will be on Saturday the 18th. Mille Miglia 2013 will end on Sunday, May 19th with the issuance of awards. 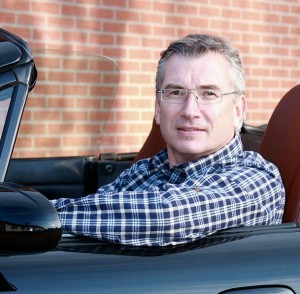